Killer Tips on how to stop being lazy and unmotivated

how to stop being lazy and unmotivated

Every one of us wants to be more active and finish all the work that matters, But fail to finish the work.

The main reason behind this is laziness.

Then comes the main question, “How To Stop Being Lazy?”.

Today I’ll show you an effective method that is backed by scientific studies through which You can keep an end to your laziness.

So without any further delay,

Effective Method To Stop Being Lazy:

In the 70s, there was an experiment where they took a look at students, and the assumption was that there would be a positive correlation between the students turning in their assignments on time and wearing clean socks.

But the results were absolutely the opposite.

Indeed, the psychologist jokingly said, “Apparently, the students could either get their homework done or change their socks every day but not both.”

There was another experiment that took place in Baumeister’s lab, Where hungry students walked in, and some of them were allowed to eat freshly baked cookies, but others were only given radishes.

And of course, these students had to exercise a lot of self-control not to eat the cookies especially, as the researchers left the lab and observed the participants through a hidden window.

So after successfully torturing them, the researchers brought in these two sets of students and gave them an impossible puzzle to solve.

And the results were quite fascinating…

The group who’d been allowed to eat the cookies, along with a control group of hungry students who weren’t given any kind of food, Went on to work on the puzzle and solved it in 20 minutes!

While the group who’d been assigned to eat the radishes and had already exercised their willpower earlier went on to work on the puzzles And solve in only 8 minutes.

And these sorts of experiments have been replicated over and over again.

It turns out if you walk into a mall and give people simple math problems to solve, The ones who have been shopping for much longer will give up on the problems much faster.

So you might be sitting there thinking, “Ok, Cool, these experiments are fascinating,” or maybe you’re bored out of your mind.

But understanding the implications of these experiments can make you a lot more productive and completely change how you plan out your day, just like it did for me.

So what are the implications?

You have to understand that you have a finite amount of willpower, and it gets depleted as you use it.

You use the same stock of willpower for all tasks.

Well, it’s not that you have a different stock of willpower for work and exercising.

It’s more likely that you’ve completely depleted your willpower at work, and now you don’t have enough to go exercise.

It’s the same thing if we look back at the sock experiment.

If you go to the laundry room for two hours and do your laundry, it’s a lot harder for you to now get working on your assignment as opposed to a student who went straight to the homework.

It’s the same thing if you wake up on a Saturday, and instead of doing your creative work first, you go grocery shopping.

You have to make a decision for every little thing you buy, and you’re probably familiar with the exhaustion that comes from shopping for a long time.

Another person will wake up and start doing the creative work first, and he’s going to get a lot more accomplished.

So it’s extremely important to understand how willpower works.

The people who understand this are much more effective in life than the ones who don’t.

The author Neil Strauss for example, has his meals automatically delivered to him every day.

Now a person who doesn’t understand how willpower works might say, “Well, What a waste of money. You know what, that’s stupid. I’m gonna cook my own meals…”

Except he’ll deplete his willpower and won’t be able to dedicate his time to writing as much.

So, in turn, he’ll lose out on mastering writing and, even if you were to look at it purely financially, lose thousands and thousands of dollars in the end.

So my hope with Writing this blog post is that next time you wake up and your intention for that day is to get things done!

You won’t start your day off with opening up Facebook, The first thing in the morning and wasting willpower on whether you wanna click on Britney’s pictures first or the blog that’s gonna lie to you.

You won’t open up your email first thing in the morning and reply to every little thing before you make time for your creative work.

You won’t wake up and spend thirty minutes thinking about what you want to have for breakfast that day.

In fact, you’ll automate as much as you can, even if it has to be food being delivered to you like Neil Strauss, so you can focus on what is actually important.

Because you realize that every unimportant thing you do depletes your willpower that you could have dedicated to the one important thing that you most want in your life.

Again, most people do not understand how willpower works, are completely wasteful with it And are always unable to get things done.

Also Read: 4 Productive Things To Do At Home In Your Free Time.

Now, You have that understanding.

Now all you need to do is take a look at your day and see if you’re honouring the science of willpower.

Are you starting your day off by wasting time and willpower deciding what you’re going to eat every morning?

Well, maybe it’s time you go back to the
board and do some planning.

Are you saving your creative work for some time later in the day?

Well, maybe it’s time that you realize that it has to come first.

Are you focusing on accomplishing twenty different things?

Well, maybe it’s time that you realize that that’s realistically never going to happen, and it’s time to pick the one important thing and do it well.

I hope this solved your quest of How To Stop Being Lazy.

Will you realize the power of Will Power and manage things accordingly?

Here is a great video that reveals how to motivate yourself to achieve your dream life:

I’d like to hear from you. Comment if you have any other ideas on how to stop being lazy and unmotivated. 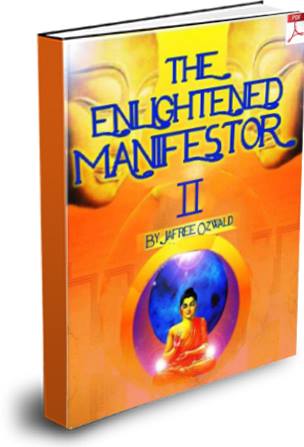